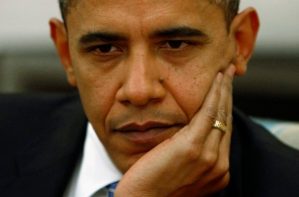 Obama: “Compromise is not a dirty word”

Either Israel is engaged in the most elaborate ruse since the Trojan Horse or it is on the cusp of a pre-emptive strike on Iran’s nuclear facilities. What’s alarming is not just Iran’s increasing store of uranium or the growing sophistication of its rocketry. It’s also the increasingly menacing annihilationist threats emanating from Iran’s leaders. Israel’s existence is “an insult to all humanity,” says President Mahmoud Ahmadinejad. “Anyone who loves freedom and justice must strive for the annihilation of the Zionist regime.” Explains the country’s Supreme Leader Ayatollah Ali Khamenei, Israel is “a true cancer tumor on this region that should be cut off.” Everyone wants to avoid military action, surely the Israelis above all. They can expect a massive counterattack from Iran, 50,000 rockets launched from Lebanon, Islamic Jihad firing from Gaza and worldwide terror against Jewish and Israeli targets, as happened last month in Bulgaria. Yet Israel will not sit idly by in the face of the most virulent genocidal threats since Nazi Germany.

It’s time to end the ambiguity about American intentions.