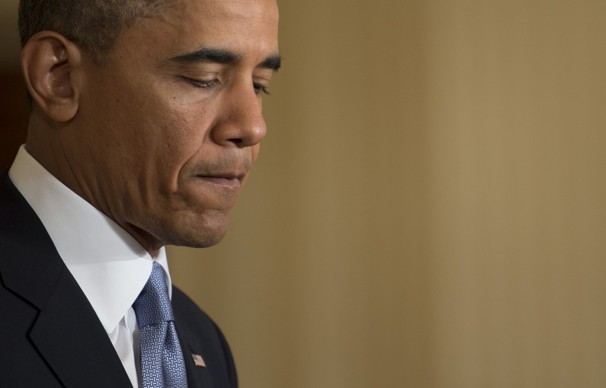 EDITORIAL – Sometimes he will professed ignorance, some other times he will professed support; he will always talk but rarely act. Sometimes he uses his office aggressively; other times he looks unacquainted with the work of his own administration. This is governing the Obama way, governing à la carte, governing to please the crowds and look good: Say what the people say, agree with everyone, sit down and relax.

Obama has been willing to push the bounds of executive power when it comes to making life-and-death decisions about drone strikes on suspected terrorists or instituting new greenhouse gas emission standards for cars. But at many other times he has been shying away. On deportations of illegal immigrants, he first said he didn’t have the authority only to eventually gave in after months of public protest and private pressure from immigrant and Hispanic advocates, granting relief to certain people who had been brought to the United States as children. In key moments, Obama often opted against power plays. In the 2011 debt-ceiling fight, Obama ruled out unilaterally raising the country’s borrowing limit.

What else can you expect from arrogance and vanity. Leading the Obama way is leading from behind. This is the arrogance of power. I did not know; I was not told; I strongly oppose; I strongly support; they will have to pay for it; there are options; don’t argue with me; I am always right; yes we can; no I won’t. Leading the Obama way is leading without action, leading in inaction, leading by confusion and above and over everything else leading absolutely nowhere.

Obama’s sometimes-yes, sometimes-no approach can give the appearance that he’s all over the map but you will always find some to say his approach is deliberate and coherent: on national security, he exercises power to keep the country safe, whereas on domestic issues, he acts strategically on a case-by-case basis. For some others, Obama is deeply concerned both that his office . . . never violate its primary duty to abide by the Constitution’s checks and balances and that he nonetheless exercise those powers to the limit as needed to protect the nation and its people.

Obama came into office promising to rein in what he charged were frequent overreaches of executive authority by George W. Bush’s administration. He vowed to strive for non-ideological, bipartisan solutions to problems. In practice, Obama followed Bush’s lead when it came to executive power in fighting terrorism and other areas. His administration invoked the state-secrets privilege to avoid disclosing information when challenged in court, and Obama asserted executive privilege to withhold information from Congress amid questions about the Fast and Furious gun-tracking operation. He adopted a more aggressive stance on domestic policy after Republicans won control of the House in 2010, directing staff to look for ways to use administrative actions as end runs around a polarized Congress.

Obama’s advisers said the president thinks about executive power strategically and is willing to exert it fully — such as on environmental regulation — if doing so helps him move past obstacles on Capitol Hill and achieve specific objectives. “The president is always looking for ways to use his executive authority to advance his policy agenda,” White House senior adviser Dan Pfeiffer said. The only downside to this Obama way of governing is that he is seen as inconsistent or weak, and absolutely inconsistent and unpredictable.