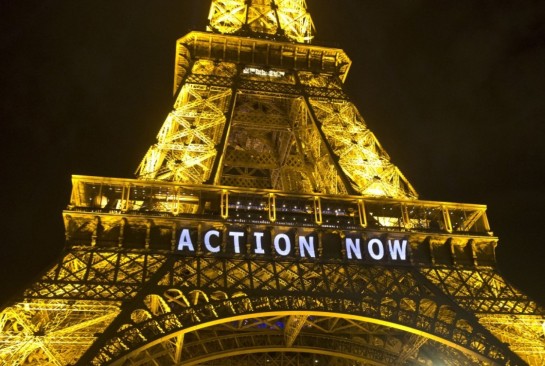 PARIS — More and more voices at the U.N. climate change conference are standing up for at least trying to keep global warming below 1.5 degrees Celsius above pre-industrial levels, rather than the more commonly cited 2 degrees C.

The position that 1.5 degrees should be our planetary temperature target has long been held by small island nations and a growing number of developing countries and has now been supported by 108 countries.

Not all countries appear to be on board at this point. Saudi Arabia and India have sought to “block attempts” to make reference, in the final Paris agreement, to a U.N. report that explored the issue of holding warming to 1.5 degrees C, and noted that “limiting global warming to below 1.5 °C would come with several advantages in terms of coming closer to a safer ‘guardrail.

A final decision has not been made on that yet, but there was some very strong resistance from some countries.

Only one thing seems clear: the more the world seriously considers a target of 1.5 degrees Celsius, the more likely it also is that it will actually stay under 2.