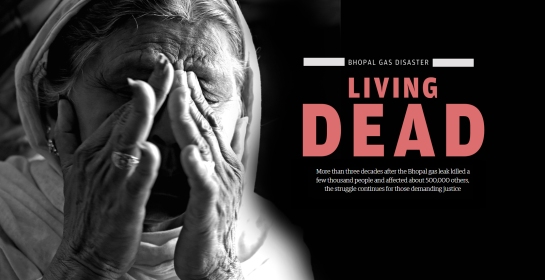 More than three decades after the Bhopal gas leak killed a few thousand people and affected about 500,000 others, the struggle continues.

What use are your crisis plans if they’re left to gather dust?

Firms do smart things to help them become resilient. They create business continuity plans, cyber playbooks, terror playbooks, they employ mass notification and document sharing technology and then they do something really dumb: they put it in a box marked ‘Crisis Use Only’. Meanwhile, everyone breathes a huge sigh of relief thinking their organisation is crisis ready.

Use it or lose it

The Union Carbide Bhopal Incident of 1984 has become a business case study. On the night of 2-3 December 1984 at the Union Carbide India Limited pesticide plant in Bhopal, Madhya Pradesh, India, over 500,000 people were exposed to methyl isocyanate gas. Thousands of Indians were killed or injured. It is considered to be the world’s worst industrial disaster ever. All of which you may be familiar with, but what you may not know is that prior to the Bhopal tragedy, as part of their crisis planning, Union Carbide Corporation Limited had invested a considerable sum of money in crisis management software which was designed to help them through just such a scenario. And what had they done with this valuable tool? Yes, you guessed it: they’d put it in the dreaded crisis box. Unfortunately, the staff who had brought the software to the company had left and no one had been trained to replace them. So, there they were with a great crisis tool that no one had a clue how to use.

Time to dump the crisis box

Get your plans and playbooks out and test them during a crisis simulation. If you have invested in incident management software, then make sure it is used during the simulations. Perhaps there are elements of the technology that can be deployed on a daily basis to convey information to managers, employees and colleagues. This will allow those with administration and operational credentials to become familiar with the product and understand its full potential. During an emergency, messages sent on a platform that staff have never seen before will likely be met with consternation, if not downright hostility. A real crisis situation is never the most appropriate time to experiment with new technologies and crisis management software.

At JMD Systemics, we can help you test and improve your crisis response plan in such a way that it will be possible for you to prevent all possible disasters or strategy before they happen.