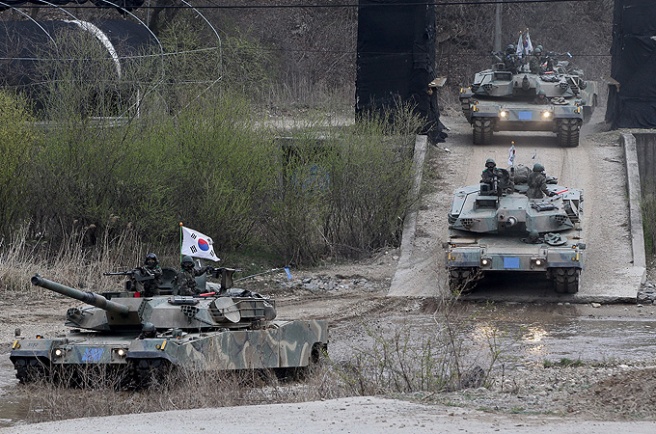 Expectations had been high that Pyongyang would carry out a test to coincide with celebrations marking the birth of North Korea’s late founding leader Kim Il-Sung on April 15 but it did not materialise. April 25 could be another possible date for a missile test launch. This date coincides with the founding anniversary of the North’s military.

Even though the US President Barack Obama has expressed doubt over the North’s capabilities of Pyongyang to arm a missile with a nuclear warhead, the Musudan missile (seen as most likely to be tested), has an estimated range of 2,500km to 4,000km. This is enough to reach South Korea, Japan and potentially the United States military bases on the Pacific island of Guam.

North Korea had offered the United States and South Korea a list of conditions on Thursday for disarmament talks, including the lifting of UN sanctions against North Korea.

“The US should not think about the denuclearization on the peninsula before the world is denuclearised. There may be talks between the Democratic People’s Republic of Korea and the United States for disarmament but no talks on denuclearisation,”  said the North Korea’s state-run Rodong Sinmun newspaper.

How Washington will react to the current threat is still very unclear. Somehow, somewhere, someone will have to stop playing the “My father is stronger than your father” game.

This guy is an international joke but in his own country he is now God, the ruler of the world.

The calm over the past two days in Pyongyang has been a striking contrast to the steady flow of retaliatory threats North Korea has issued over ongoing military exercises between South Korea and the United States. No attack, nuclear missiles lunched, only new threats were issued

As a matter of facts, instead of going to war against the world, on Tuesday, North Korea threatened the South Korea with imminent “sledge-hammer” retaliation unless Seoul apologized for anti-Pyongyang protesters burning effigies of its revered leaders.

As North Korea celebrated the birth of their late founding leader Kim Il-Sung, protesters in Seoul burned portraits of Kim, his son Kim Jong-Il and grandson and current leader Kim Jong-Un.   Condemning that “thrice-cursed… monstrous criminal act”, North Korea issued an ultimatum threatening just and immediate action if an apology was not forthcoming:  ”Our retaliatory action will start without any notice. The military demonstration… will be powerful sledgehammer blows at all hostile forces hurting the dignity of the supreme leadership” North Korea said.

As a great apology, South Korea called the North Korean ultimatum regrettable and pledged a tough response to any military provocation from the North.

Wow, what an apology!

This leads me to believe that Park Geun-hye has more balls than Little Kim.

Kerry did not make any promises

As the G8 foreign ministers are holding a second day of talks in London focusing on Syria and North Korea, the US Secretary of State John Kerry, as predicted and expected, especially since some of the Syrian opposition leaders recently pledged their allegiance to Al-Qaeda, did not make any promises as the same Syrian opposition leaders renewed their appeals for lethal aid.

Western and Middle Eastern nations supporting the opposition will meet in Turkey on April 20, where US Secretary of State John Kerry will attend the meeting of the so-called Friends of Syria “core group” in Istanbul. My personal belief, considering that the G8 consist of the US, Britain, France, Germany, Italy, Japan, Canada and Russia, is that the Syrians are going to have to fight their own war.

North Korean threats of war are also high on the agenda of the G8 talks.

How crazy are you….

North Korea’s next act of defiance against  the United states could be a critical one.

If little Kim sticks to the North Korean playbook, Pyongyang will test-fire one or two missiles in the next few weeks to come. These missiles with hit the open water and then, little Kim will claim victory, sit back and enjoy. Anything else could backfire on him and it would be only the beginning of a grand finale with fireworks, all in his backyard.

Certainly not a celebration he would enjoy. 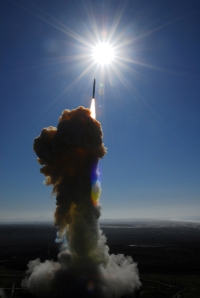 North Korea will chicken out

North Korea has been angry since new U.N. sanctions were imposed following its third nuclear weapons test in February and warning that nuclear war could break out at any time, has now asked foreign countries to consider evacuating their embassies in Pyongyang causing the United States to strengthen its Pacific missile defences and Russia to express its concerns.

Will North Korea declare war to the United States, Russia or China?

Never in a lifetime!

PYONGYANG, North Korea (AP) – North Korea announced plans to blast a satellite into space on the back of a long-range rocket, a provocative move that could jeopardize a weeks-old agreement with the U.S. exchanging food aid for nuclear concessions.

“Such a missile launch would pose a threat to regional security and would also be inconsistent with North Korea’s recent undertaking to refrain from long-range missile launches,” says the U.S. State Department.

On October 3rd 2006, North Korea is conducting its first nuclear test. The blast is estimated to have an explosive force of less than one kiloton. International condemnation of the tests is nearly unanimous. The United Nations Security Council unanimously approved military and economic sanctions against North Korea.

Today, in a breakthrough in negotiations with the secretive communist nation, North Korea agrees to suspend its nuclear activities, accept a moratorium on nuclear and long-range missile tests and agrees to allow International Atomic Energy inspectors to verify and monitor the moratorium on uranium enrichment.

Kim Jung Un may not be as crazy as we thought.

At a time of great stress between North and South Korea, while Americans and North Koreans will be improving their bilateral relationship in the spirit of mutual respect for sovereignty and equality, numerous conflicts, resulting in a number of deaths, will erupts on the coasts and border of the North and South Korea. South Korea disapproving North Korea’s policies on nuclear activities and the United States arrangements with Kim Jung Un’s government will be looking forward to dissolve the UN Combined Forces Command.

Acting as a command structure for the multinational military forces supporting South Korea, the Combined Forces Command has been in place since the end of the Korean War and for more than 50 years, military operations along the demilitarized zone between North and South Korea have been under the command of the United States of America. Coming April, this structure is soon to be dissolved.

From this point onwards, with operations being handed over to South Korea, the forces under South Korea and American authorities will operate as two separate entities.